Exposing The Epidemic of Fear 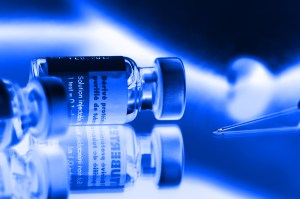 Fear has become an epidemic that is leading to severe health consequences for millions. False Expectations Appearing Real, a common acronym for the word fear, keeps many people from realizing their full potential in life while also turning many intelligent people into victims of medical error, faulty science, and dangerous, unnecessary procedures.

With the recent Coronavirus, COVID-19 pandemic calamity, and recent vaccine mandates being proposed worldwide, take the time to truly educate yourself on these and other health issues to eliminate the fear that can impact your quality of life for generations.

Recently, my home town in Rockland County, NY banned healthy children under the age of 18, who haven’t received an MMR vaccine, from public places. This includes schools, restaurants, synagogues, churches, and public buses; with the CNN news release defining public as, “A place where more than 10 persons are intended to congregate.”

The Washington Post states, “The announcement comes as measles outbreaks have hit areas in California, Illinois, Texas, and Washington, according to the Centers for Disease Control and Prevention (CDC). In New York City, more than 180 cases have been confirmed.” According to the article, 18 percent of these cases were in children who were fully vaccinated against the disease, which begs the question of the effectiveness of the vaccines that are being mandated upon us.

In a recent report from the Children’s Health Defense by Robert Kennedy, Junior, he used the term ex-vaxxers as opposed to anti-vaxxers to describe the rapidly growing group of individuals who are making different choices after life-altering vaccine injuries. They are educating themselves and choosing natural immunity over Big Pharma’s push for profits. In fact, Merck recently reported first-quarter 2019 worldwide sales of $10.8 Billion, an increase of 8%; Growth driven by Oncology and Vaccines.

With no risk, no incentive, no accountability, and no liability, its no wonder the pharmaceutical companies are aggressively marketing without fear and passing the fear to the people. For these reasons and many others, the principle of Informed Consent is more important than ever and is why organizations like the Informed Consent Action Network, ICAN, are so important to support.

Ex-vaxxers is a much better term. Through devastating personal experience and research, these former vaxxers have become much more afraid of the vaccines then they are the diseases they were designed to “prevent”. Once they truly studied the data these people realized that they trusted their bodies and their choices much more than the drug companies and government when it comes to their families’ health and well-being.

As another comparison, according to the CDC, 1 in 25 people who enter a hospital get an infection they didn’t have when they got there. In fact, 99,000 people a year die of hospital-acquired infections.

Using the ‘mandate vaccines for everyone now’ logic, and knowing the staggering nature of these statistics, should we immediately ban people from hospitals?

According to researchers at Johns Hopkins Medicine, medical errors (mistakes) are now the third leading cause of death in the United States. Every year, over 250,000 people die due to preventable medical errors, with only heart disease and cancer claiming more lives each year. That’s 684 people a day, every day, and this number doesn’t include the deaths from superbug infections, Opioid suicides or any other properly administered standard practice.  This number is equivalent to the total number of measles cases in 2019 and there have been no confirmed Measles deaths reported.

Could it be that our fears are misguided?

When it comes to longevity, the US is not like most countries where life expectancy is increasing. Ranked an abysmal 47th in life expectancy, we are beginning to see a decline for the first time in recent history. More importantly, we now have a generation of neurologically damaged children and seniors who have followed the current system out of fear.

People that choose to educate themselves and utilize safe, natural approaches to health and immunity such as nursing their babies, making healthy food choices, exercise, chiropractic care, massage, and taking supplements are being targeted for their choices. They make informed decisions, as opposed to the many who do not do the research and make decisions based solely on fear. They are ex-vaxxers, not anti-vaxxers.

Yet these people are branded as a danger to society like the Jews were in Nazi Germany, the Blacks were in the South, the Christians were in Ancient Rome, etc.

It used to be considered commonplace to quarantine the sick to protect the healthy. So are we now quarantining the healthy for choosing to forgo vaccinations?

Barbara Loe Fisher, the Co-Founder & President of the National Vaccine Information Center (NVIC) stated in a recent interview that the World Health Organization has 12 vaccines on a priority list that will be forced upon every single person, with medical, religious, and conscientious exemptions on the line in many states. She stated further that, “The US Supreme Court in 2011 declared that FDA approved vaccines are unavoidably unsafe…yet there is currently no liability for injury or death on the part of vaccine manufacturers.”

Now is the time for truth, awareness, and choices that honor your inborn potential, not false expectations appearing real.

Educate yourself and look at both sides. Informed consent, personal choice along with government and pharmaceutical company accountability, are common sense mandates and vital to the integrity of the system. Until then, and always, trust your innate ability to heal and be healthy while making choices that are truly good for your individual and family’s long-term well-being.

Let your voice be heard and live your life without fear.