We offer complete Chiropractic care for you and your family.

What to expect during your visits.

Learn what techniques we use.

We remove nerve interference so your body can heal. 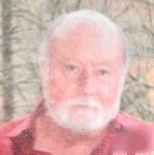 Dr. John Kelly, D.C. is ready to help you

We encourage you to read these articles to learn how Chiropractic can help you in your everyday life.

Excerpt from The 100 Year Lifestyle For centuries, healers have understood that our emotions and how we regulate them have a direct impact on our physical health.  Modern

Fear as an Epidemic

Excerpt from The 100 Year Lifestyle: Fear has become an epidemic that is leading to severe health consequences for millions. False Expectations Appearing Real, a

From all of us at Kelly Chiropractic Health Center, we wish you a safe and fun 4th of July.  And after the festivities are over,

Road to Strong Bones Is Paved with Nutrition

Maintaining strong bones is vital to preventing osteoporosis and related fractures when we get older. While it is generally agreed that calcium and vitamin D

Never Too Late to Start Exercising

No doubt you’ve heard about the many documented benefits of physical activity: decreased incidence of disease and increased vitality and wellness. Are you participating in

Otitis media is an infection or inflammation of the middle ear, and it’s fairly common — affecting thousands of children 6-36 months of age. In

Give Your Children a Head Start

No one has a completely straight spine, but nearly 3 out of every 100 people have what¹s known as scoliosis ­ an ³S-shaped² curvature of

When it comes to a condition like low back pain, does it matter what type of healthcare provider a patient initially visits for treatment? A

Neck pain is the second most common reason patients seek chiropractic care, and it’s particularly a problem with office workers. One study estimated that neck

The Effects of Spinal Manipulation on the Musculoskeletal System

Spinal manipulation is one of the most ancient forms of treatment for musculoskeletal complaints, primarily for back pain and neck pain. In 1992, Robert Anderson,